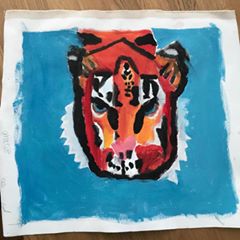 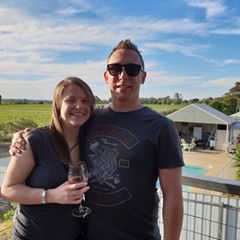 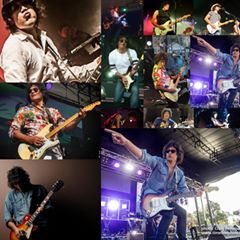 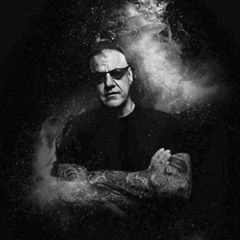 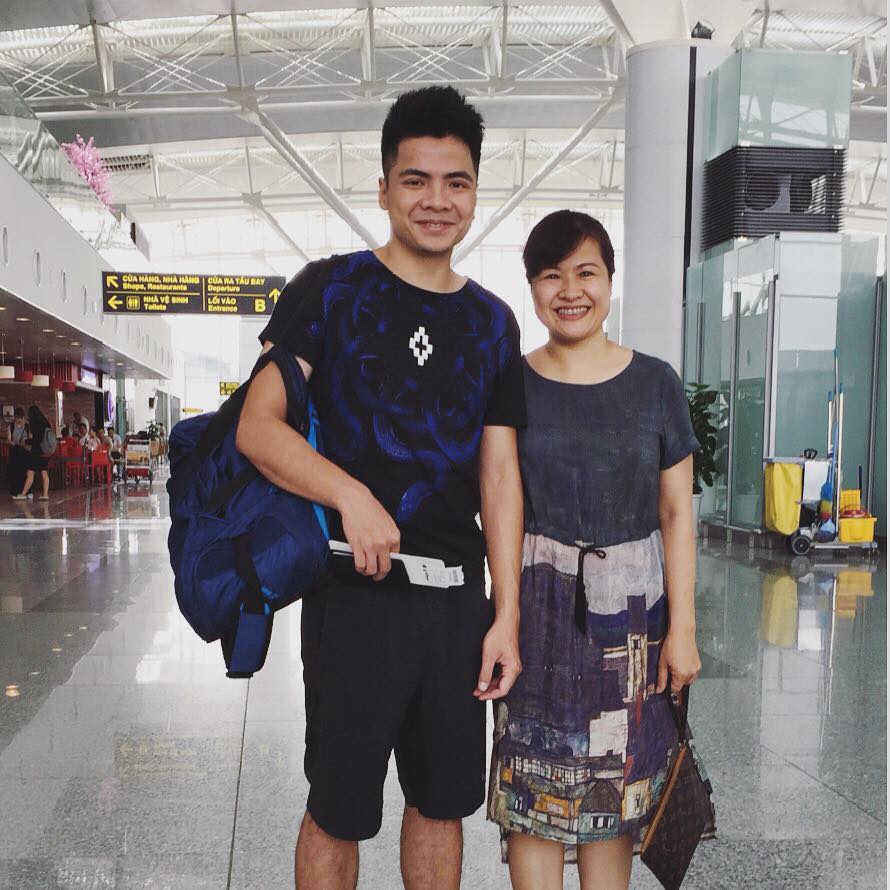 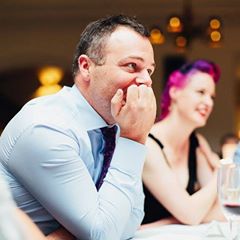 Request information today to learn more about our programs! Get Started Now

The Benefits of Martial Arts for Kids

Martial Arts is, at first glance, a strange sport in which people fight in their pyjamas or simulate combat with special rules. On further inspection, it becomes evident that Martial Arts, such as Brazilian Jiu Jitsu and various forms of striking and kickboxing, are far beyond mere fighting skills and techniques. Training in Martial arts is essentially training the integration of the mind and body and developing awareness of the interaction of the self and the external environment. When someone joins Martial Arts, they also join a small community of their fellow trainees, and the global Martial Arts community as a whole. There is no age too young to begin developing integrity of the mind and body and traditionally, many Martial Artists start as young children.

Some parents may worry that training in Martial Arts as a kid will make them more aggressive or competitive. While one can certainly train martial arts with a goal towards competition, taking classes focuses on individual growth and supporting the growth of teammates at the same time, rather than simply “winning”. Learning teaches how to calmly and expertly handle a threatening situation, which is quite different from blind aggression, and can even serve as an outlet for anger or restlessness in kids.

Martial Arts has benefits for children far beyond that of an extracurricular that keeps them busy after school. Let’s take a look at some of the main benefits of Martial Arts for your kids:

It may seem obvious that physical activity would be a beneficial aspect of Martial Arts for kids, but a lot of kids these days are spending hours in the classroom before they come home for hours of screen time on the couch or at a desk.

P.E. at school is great, but its usually not enough activity for a young person who is rapidly developing. P.E. also tends to skim the surface on many different types of sports rather than allowing kids to consistently develop skills with measurable progress.

Martial arts is great to get kids active in a way that incorporates whole body functional movement rather than only running around wildly (which is also awesome). When you’re kids train Martial Arts, such as Brazilian Jiu Jitsu or Kickboxing, they are developing strength, cardiovascular fitness, posture, endurance, balance, agility, coordination and body awareness.

Today’s world is full of instant gratification and warp-speed entertainment. Kids have in increasingly shorter attention span and are finding it more and more difficult to stay consistent with tasks. Martial Arts can help them develop the discipline they need to work consistently and persistently towards their goals. They will also learn how to fine-tune their focusing abilities as they learn detailed techniques while participating in each class.

When kids are in a Martial Arts class together, building friendships is a lot less scary than finding friends on a crowded playground. With small classes and facilitated partner work, kids are able to work together and build friendships they may have been to shy to make otherwise. They will also get to know kids from other schools who have both similar insecurities as well as similar interests.

Most Martial Arts use a grading system or a belt system. This allows kids to have measurable progress while they dedicate time to training. Grading is based on their own personal dedication, rather than a comparison to other kids. During Martial Arts, kids are able to set goals for themselves with tangible results. This can assist them in setting goals in other areas of life, like in school work, and feel confident that they can work consistently to get things done.

While your kids are learning Brazilian Jiu Jitsu, Kickboxing, and Mixed Martial Arts, they will soon realise what unique and challenging practices these Martial Arts are when compared to other school activities. Kids doing Martial Arts often feel capable and resilient, and genuinely proud of themselves as they continue to learn new techniques and progress in the field. Martial Arts training helps build kids’ self esteem in general, not just in training, and they will likely feel more confident in their abilities in other areas they feel passionate about, or areas that also challenge them.

In the tradition of martial arts, students learn to show appreciation and respect for their Brazilian Jiu Jitsu and Kickboxing teachers and facilitators. While they are still students developing their skills, it is useful to learn about honouring and respecting those that have paved the way before them and are guiding them along the way. As they progress in their martial arts, the newer students who join after them will also look up to and respect them, and so everyone learns to respect and value the time and effort put in by those who have more experience. Learning respect through Martial Arts classes can also be a useful and positive experience for any kids who are struggling with their current relationship with authority figures.

Contrary to what many think of martial arts, fighting itself isn’t actually encouraged as the first way to resolve conflict, and it is usually done as a last resort to protect yourself and others. Learning martial arts is important for self-confidence and especially self-protection if someone is being physically bullied, but it doesn’t mean your kid becomes an aggressive instigator when they learn Martial Arts. In fact, much of martial arts enables kids to control or submit an attacker in a way that spares them injury, rather than wildly throwing punches with the potential for traumatic injury. They also learn how to work together to learn and drill techniques, swapping positions and being a good partner for the other kids to learn. Overall, kids are learning to deal with situations by using the tools they have available which allow the least harm to result.

Improvement outside of class:

All of the benefits we’ve discussed from Martial Arts are developed in class to benefit your child’s progress in class, but they also carry through to other areas of life. Kids who train martial arts often have more confidence in school and have better relationships with friends, family and teachers or other authority figures. They are better able to set and achieve goals as well as being more resilient in the face of life’s inevitable challenges. Brazilian Jiu Jitsu, Wrestling, Kickboxing and other Mixed Martial Arts lessons are specially useful for kids who are bullied and have low self-esteem, or didn’t have much previous opportunity to develop their physical coordination.

It’s easy for kids to get lost in large classrooms at school in which the teacher is trying to balance everyone needs. Your kid likely has skills and talents to hone, but they need someone who is actually paying attention and knows what to look for to help them develop it. In small Martial Arts classes, kids gets lots of individual attention personalised to their own skills, weaknesses, interests and strengths and feel cared for and noticed for who they are.

Kids are meant to run around and have fun, it’s just part of their nature. Constant school hours and homework at a desk have their place, but so does play. Play is so important for helping kids enjoy their life as well as developing creativity and free expression. Most martial Arts classes for kids incorporate games and activities that enhance their learning but are also just a lot of fun. Martial Arts instructors love what they do as well and genuinely enjoying teaching and developing the next generation, and their enthusiasm definitely rubs off.

What to look for in a studio for Kids Martial Arts Classes:

Ideally a small kids to teacher ratio. As total beginners, kids needs a lot of individualised attention when they are starting out learning martial arts. It’s important that there isn’t a single instructor for a giant room of kids, both for their safety and so that they receive the attention they deserve while learning. Look for studios with small classes and multiple instructors.

Observes some tradition: Kids can run around and get exercise in any sport. Martial arts is unique because it comes from lineages and old teachings passed down over many generations. Schools that use a Gi or Kimono and teach some decorum and respect for the teacher help build character and instil a sense of belonging and purpose.

Intro classes: Look for a school that allows your kid an intro pass to try out a couple of classes before singing up to a membership. It’s important to get the vibe of the gym and the instructors and feel out if its the place for you. It’s great to look for a balance of discipline and fun. They are kids after all.

Kids can start young and if you, the parent, are also starting martial arts, this is a practice you can share with your children for many years to come. If you’re ready to get started, get in touch!